← more from
Sargent House
Get fresh music recommendations delivered to your inbox every Friday.

House Cricks and Other Excuses to Get Out 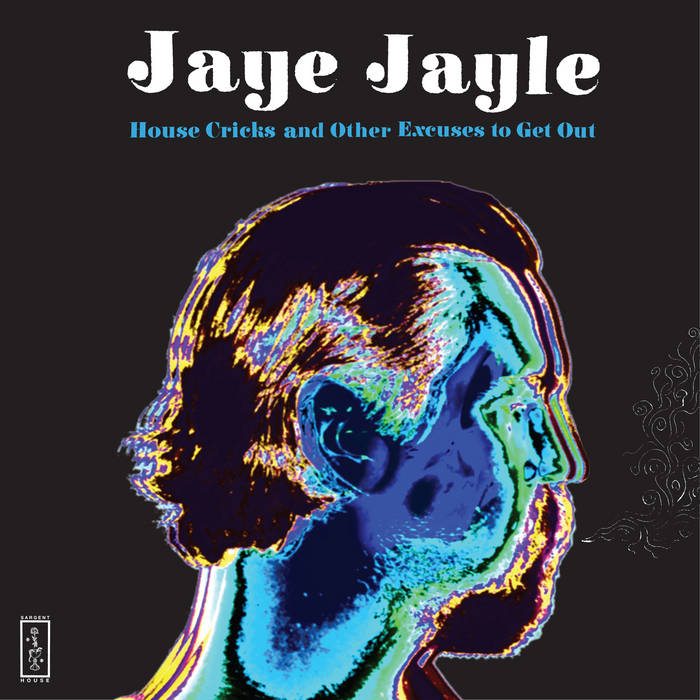 guysiah Never heard this band until I saw them support for Sumac. Went alone on a 7hr road trip each way to see them in New Mexico. I loved what I heard right away. The same thing happened to me when discovering O'brother, another wonderful, band from the south. Droning rhythm paired with old school vibes and psychedelic heat shimmer. Love it. Favorite track: House Cricks.

latehippie Pulls my soul further into the desert. Keeps me sane until my body can finally get there, too. Favorite track: Hanging Mirror.

“Anyone who is using more than two chords is just showing off.”

Woodie Guthrie’s famous quote became a mantra for young musicians who rallied around folk’s austerity, and later inspired a new generation of artists who basked in punk’s primitivism. Guthrie’s songs may not be an influence on Louisville’s Jaye Jayle, but his call for simplicity as a deliberate choice versus a matter of mere ability resonated with the veterans of Kentucky’s dark indie scene. Naming themselves Jaye Jayle as a pen name or a pseudonym to veer away from a traditional band moniker, the group sought to eliminate unnecessary variables and deconstruct their compositions down to their most concentrated essence. Jaye Jayle owe less to our nation’s roots music and more to peripheral rock bands that have taken the “less is more” attitude to its furthest reaches. Imagine Spacemen 3 without the saturated wall of distortion, or Neu! without the upbeat motorik pulse, or Lungfish without the shamanistic howls. But these reference points seem either too bombastic or too lush. Perhaps a nexus of The Troggs’ ham-fisted drumming, Angels of Light’s ominous twang, and Suicide’s swaths of negative space hits closer to the mark, but even that doesn’t do the band justice. Jaye Jayle’s debut album House Cricks and Other Excuses To Get Out is an exercise in tension and restraint, a tightrope act between singer-songwriter traditions and art rock experimentation, and an intersection of Southern cultural permutations and otherworldly sounds.

"About three years ago I started to write House Cricks. I didn't know I was writing an album. Twenty-seven songs and a few years later... Here is nine very focused excuses to make an album." - Jaye Jayle

Bandcamp Daily  your guide to the world of Bandcamp